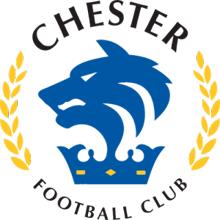 Chester F.C was founded in 1885 and joined the Football League in 1931. They played in the Football League until 2000 when the club was relegated, returning after winning the 2004 Football Conference. Following relegation back to the Conference in 2008, the club hit financial difficulties. Following a difficult season, in which the club struggled through a variety of financial and playing difficulties, Chester City were finally wound up on 10 March 2010.

City Fans United (CFU) had been formed in October 2009, following growing disquiet amongst fans with the running of Chester City. CFU eventually called for a boycott of Chester City and some fans of the club organised a pitch invasion which led to the abandonment of a match against Eastbourne Borough in November 2009, a game which Chester City FC were winning. The group then began preparations in February 2010 to form a "phoenix club" for the following season just weeks before Chester City F.C. were wound up. 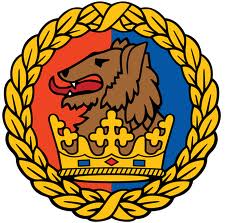 Following the official winding up of Chester City, a ballot was held to choose the name for the new club. Over 1,000 people participated in the ballot and 70% voted for the name "Chester F.C." to be used. The club received the support of Cheshire West and Chester Council, who granted the lease of the Deva Stadium, Chester City's former ground, to Chester F.C. in May 2010

The new crest (above) was designed by Martin Huxley, a Chester-based graphic artist and Chester F.C. fan. The wolf dates back to when William the Conqueror's nephew, Hugh d'Avranches was appointed the Earl of Chester. He had the nickname 'Lupus' which is the Latin translation for 'wolf'. The crown refers to Chester being a royalist City. Badge variations make it unclear whether the leaves are laurel, a recognised symbol of victory, or oak a significant (and common) tree in Chester. Oak has long been used in the Cheshire Regiment’s logo, reference to saving King George II’s life beneath an oak tree at the Battle of Dettingen in 1749.