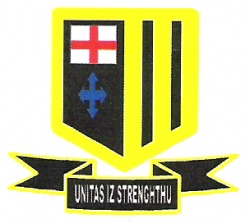 Peckham Town FC was established in 1982 and in the early days the club played it's football on Peckham Rye Park under the name of Drovers Athletic F.C.. This was because most of the players lived on the Drovers Place estate, off the Old Kent Road.

Later in 1982 after attempting to register the club with the LFA and failing because the club name sounded too much like Dover Athletic FC the club changed it's name to represent the Peckham and surrounding communities.

The club currently caters for both junior and senior players of all ages. The senior team play in the Metropolitan Football League and have a record win of 11-nil against Lewisham Way FC in 2006.

The club's crest was designed by founder Bryan Hall. The English flag represents King Henry the 1st who once owned Peckham and the Blue cross signifies the flow of the once underground river which the town was named after (the river Pec). The town is also closely linked to the BBC TV classic "Only Fools and Horses" resulting in the club being nicknamed the Trotters by fans, with this in mind, yellow and black was added to the crest to represent the Trotters Car.

Thanks to Bryan Hall, club founder Peckham Town F.C., for the above crest and information.